S A R I B A S H
“The forgotten village”
Photographer: Azar Kazimov
Location: Qakh, Azerbaijan
Article: www.visions.az
Contact: +994503163565
Email: thekazzimli@gmail.com
Website: www.kazzimli.com
At 1,800 metres above sea level, Saribash is one of the highest villages in the north of Azerbaijan and the highest in Qakh. But while similarly remote settlements like Khinaliq and Lahij get all the attention, Saribash has remained largely off the travel radar, despite the fact that it also boasts great tourism potential. Having only covered it once, Visions is equally guilty, especially since Fiona MacLaughlin’s 2008 article, “Three Mountain Villages,” remains one of our most popular. All in all, we felt it was well worth another visit.

Saribash literally translates from Azerbaijani as “Yellow-head” (sari – yellow; bash – head) and the name itself is perhaps the first thing to grab one’s attention. According to local villager Sirajeddin Ahmedov, there are a couple of legends about how this strange name came about: 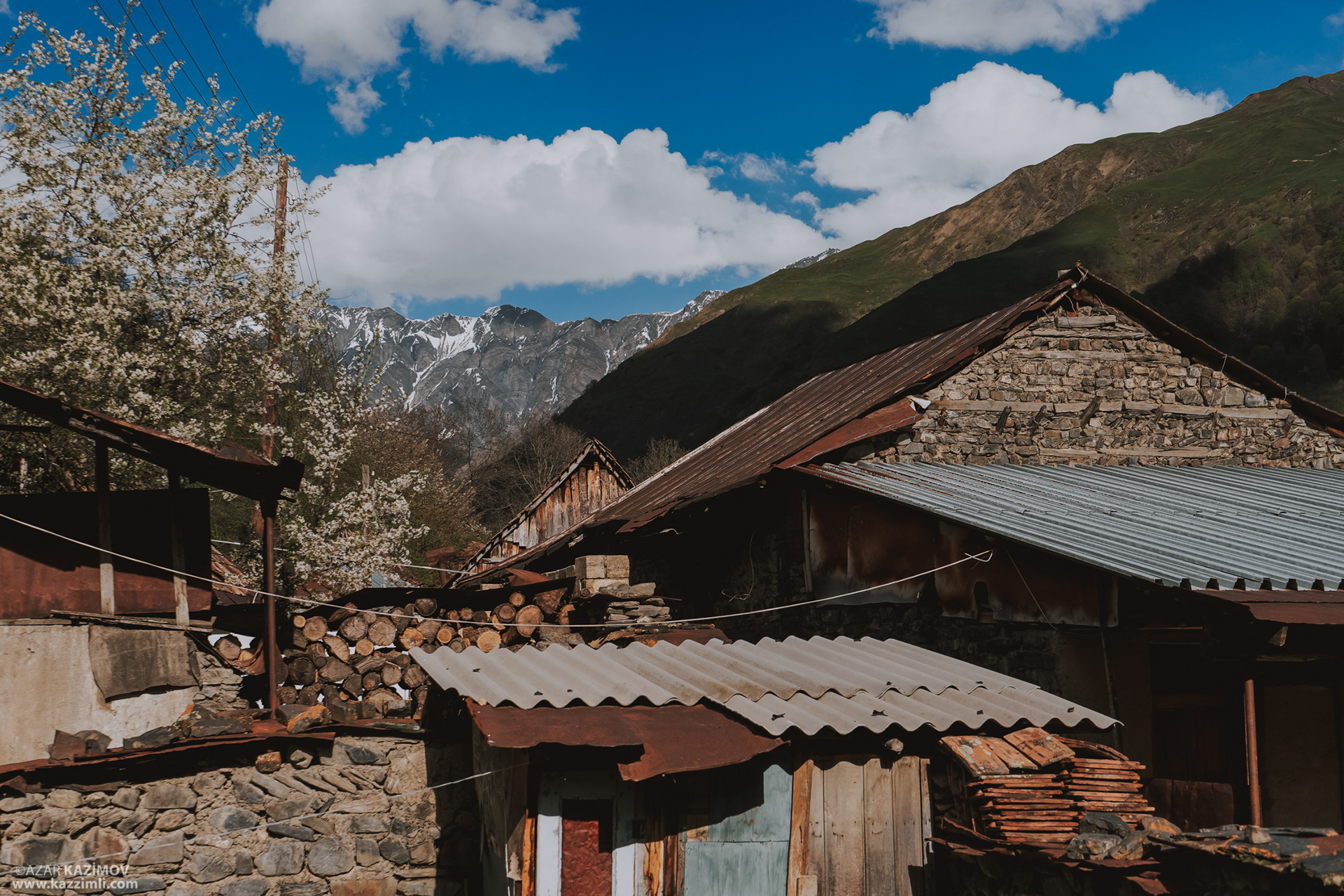 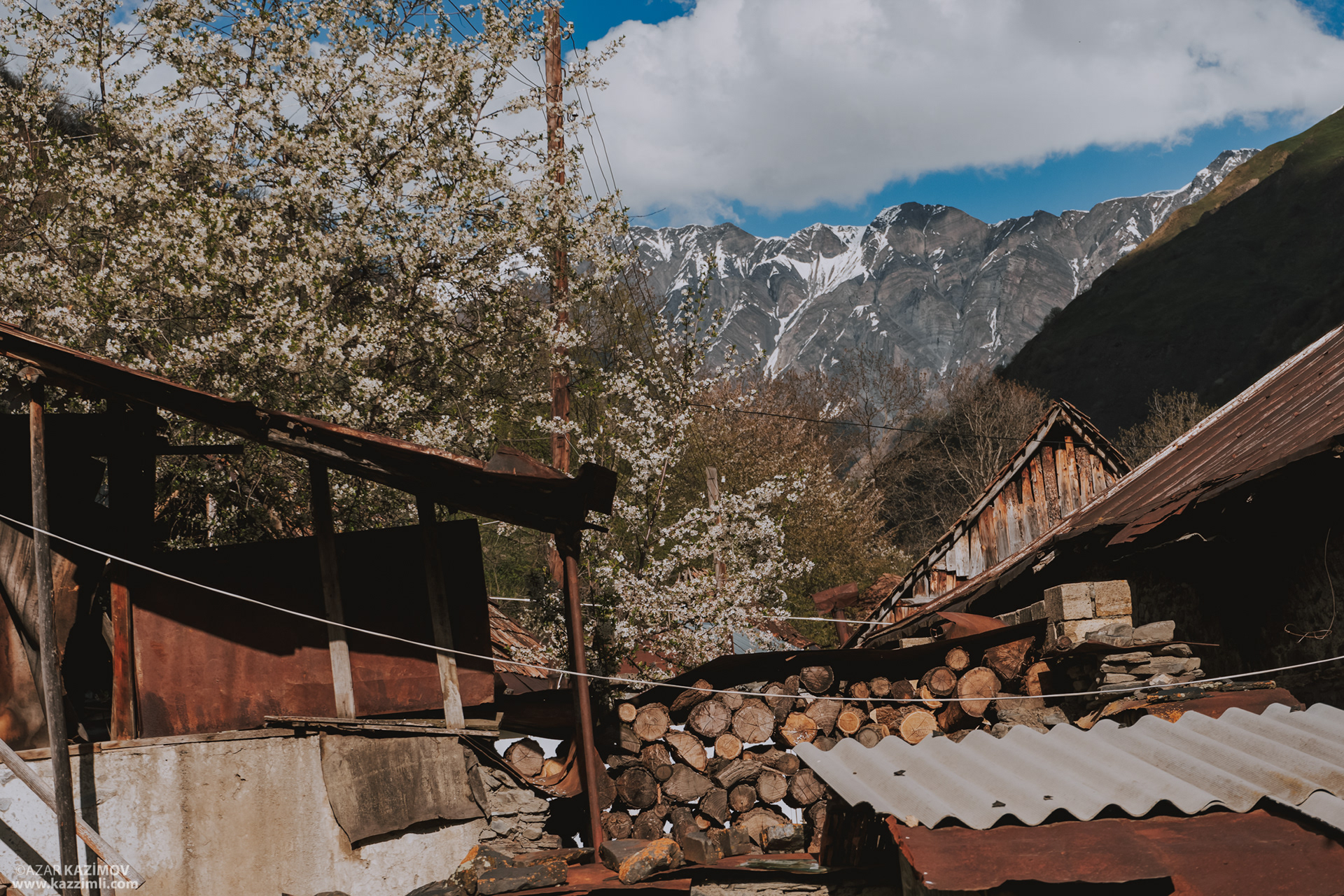 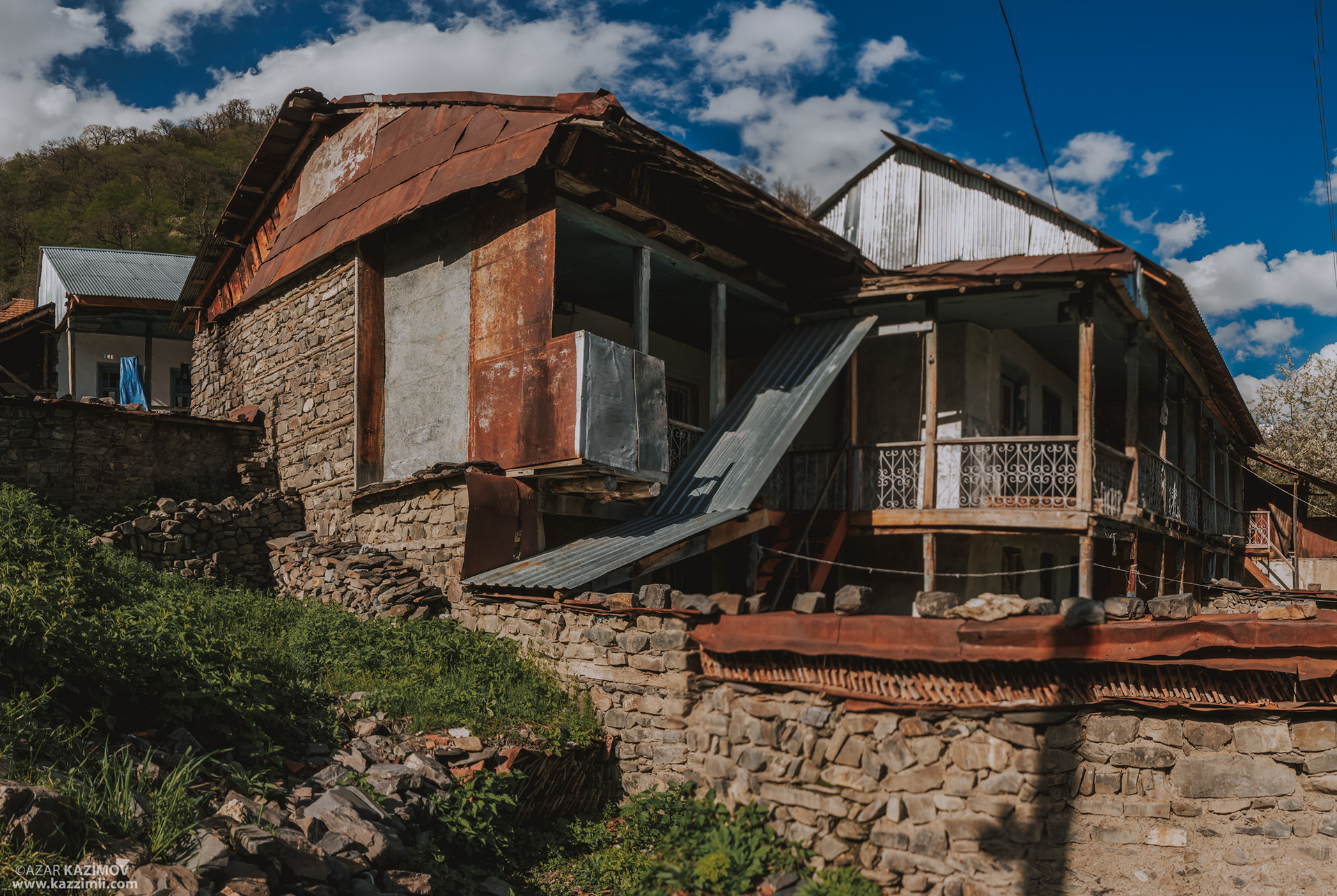 There is a yellow flower that grows in the mountains in spring. This yellow flower you can see everywhere [...] According to one legend, the name of the village comes from that. According to another legend, Muslim armies came to these places and passed through this village. So a yellow turban was put on the head of one of the military commanders. According to this legend, hence the name of “Sari Sarikhlilar.” They tied a yellow ribbon around his head.

With little written documentation about Saribash’s ancient history, our trip becomes something of an exercise in recording oral history. No one is quite sure of the village’s roots, although the answer may lie in another of its many legends. According to this, Saribash was preceded by other, more ancient, settlements. 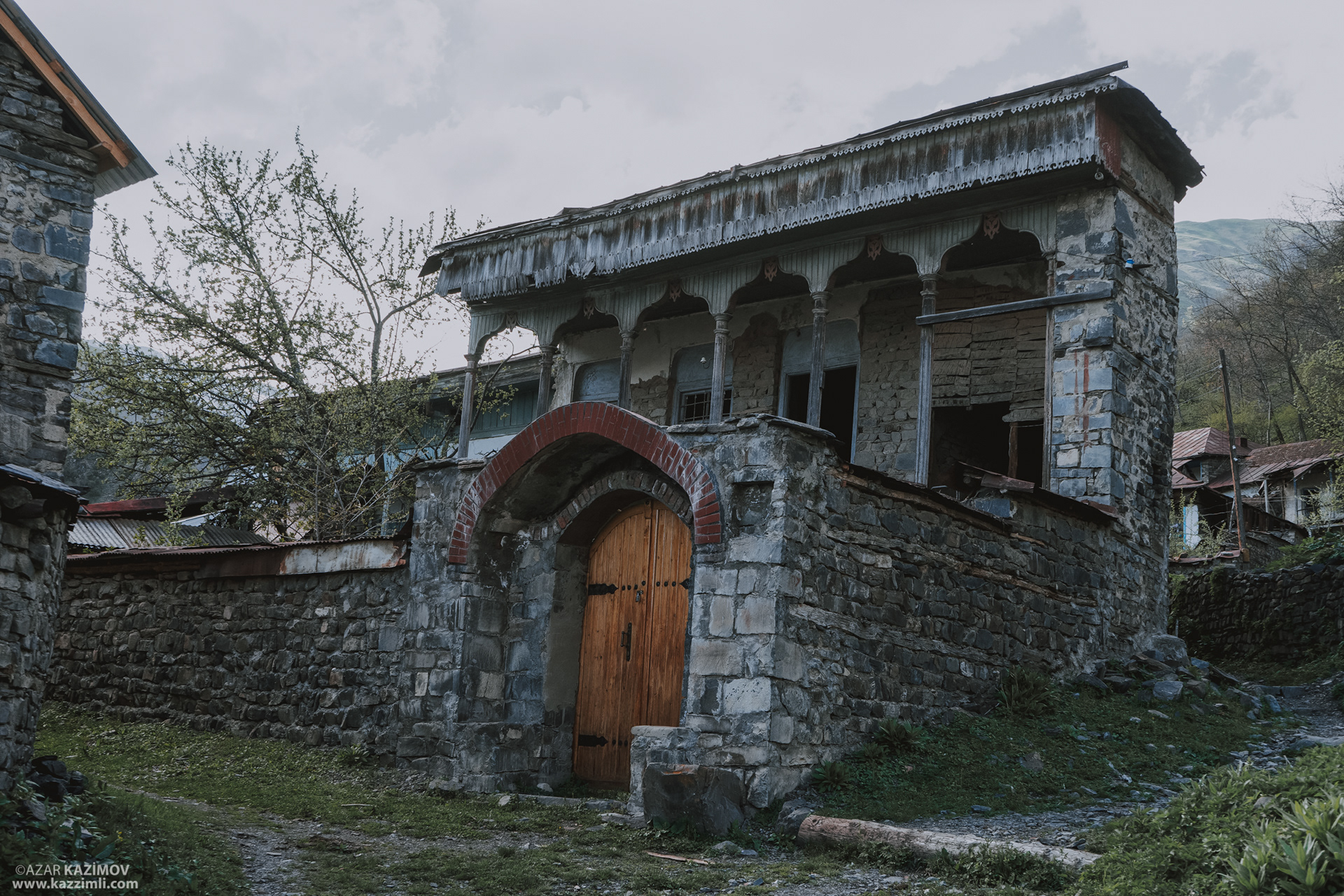 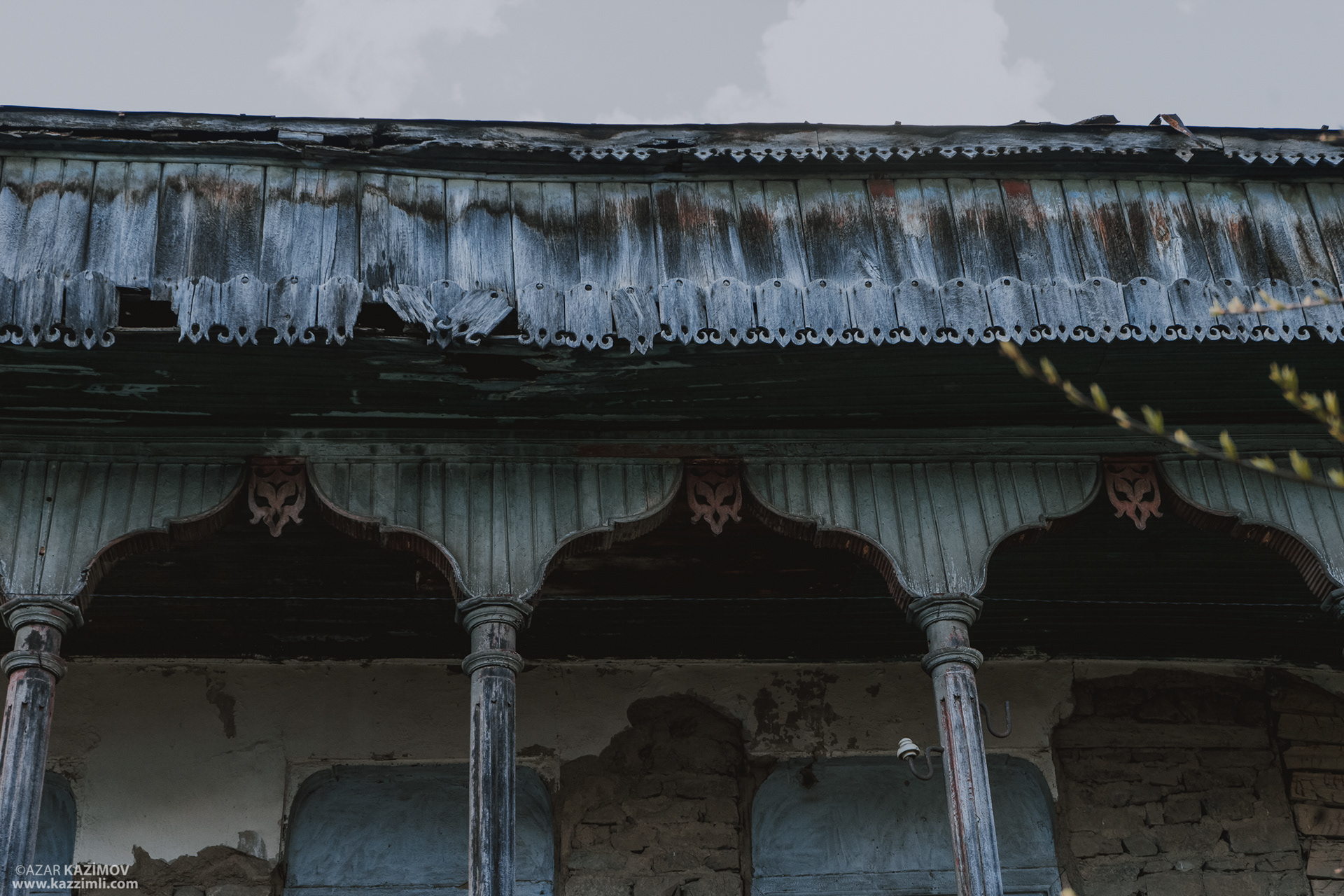 Even today the defining feature of Saribash is its remote location – just several kilometres south of the border with Dagestan and 7 km north of Ilisu, Qakh’s last well-connected village, famous for being the former capital of the Ilisu Sultanate that ruled this area for a few hundred years up until the Russians seized it by force in 1844. You can still see evidence of that struggle with tsarist forces on the way to Saribash: look out for the semi-collapsed stone wall of the remains of a Russian fortress overlooking the Kurmuk River to the west of Ilisu. The fortress points towards the mountains to the north and must have served as a defense against Sheikh Shamil, the legendary Caucasian leader who resisted Russian attempts to take these mountains for over 50 years.

Before the Soviets collectivized the land in the 1920s, as they did throughout Azerbaijan, local people made a living as farmers working for local beys (land-owning aristocrats) and as craftsmen. But Saribash experienced a new lease of life under the Soviet system, when it was home to a very successful kolkhoz (collective farm) named after the 26 Commissars which employed about 300 workers: 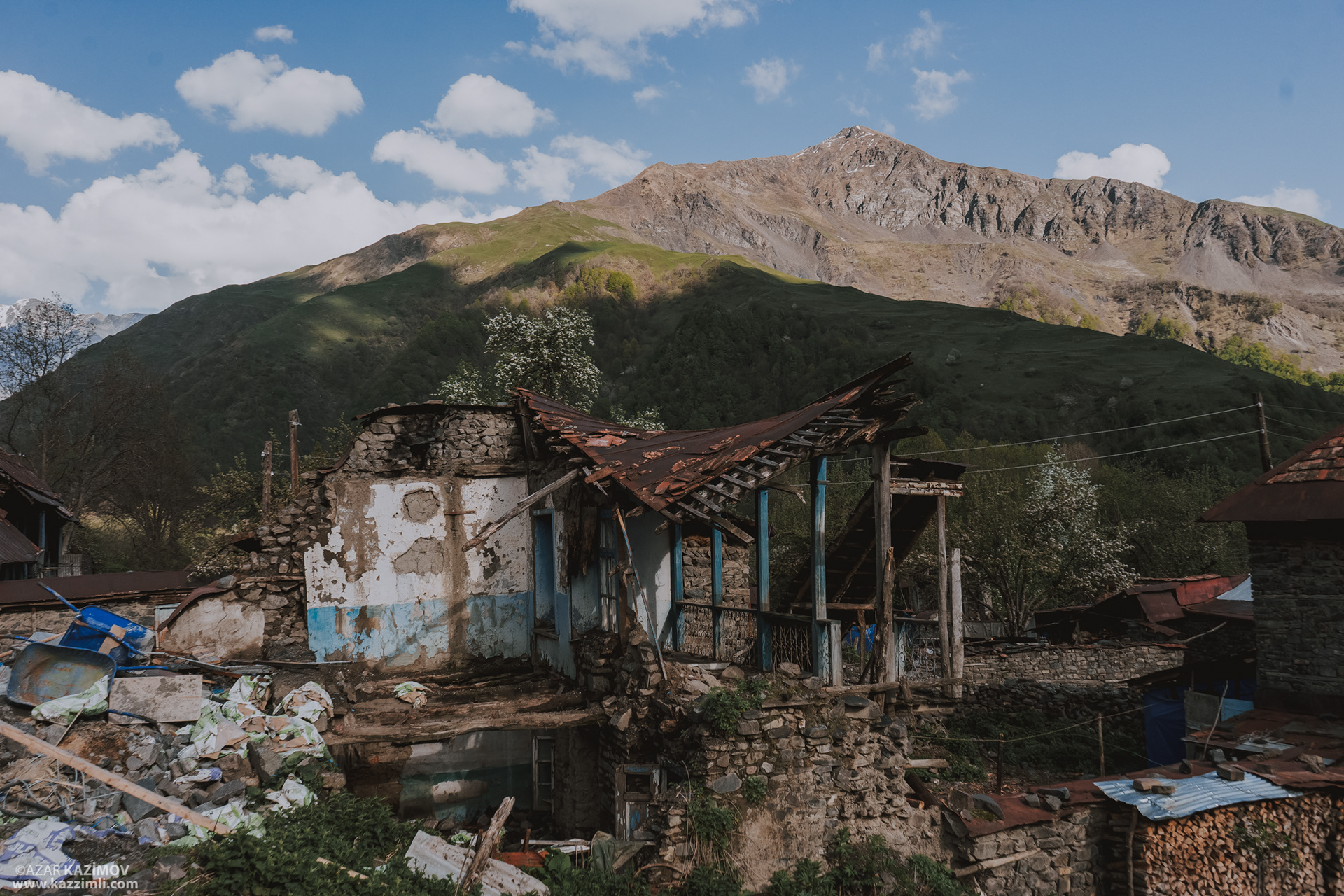 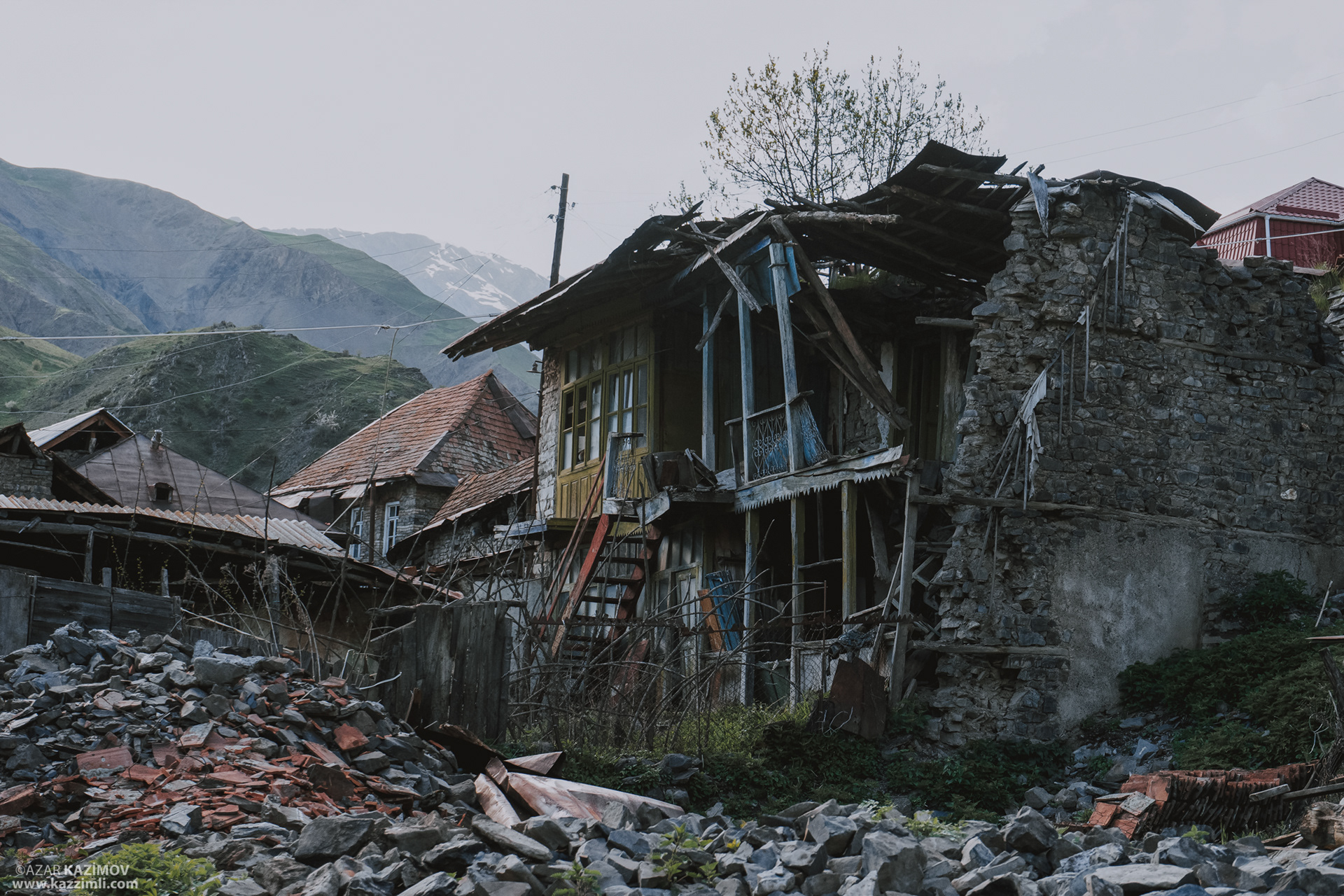 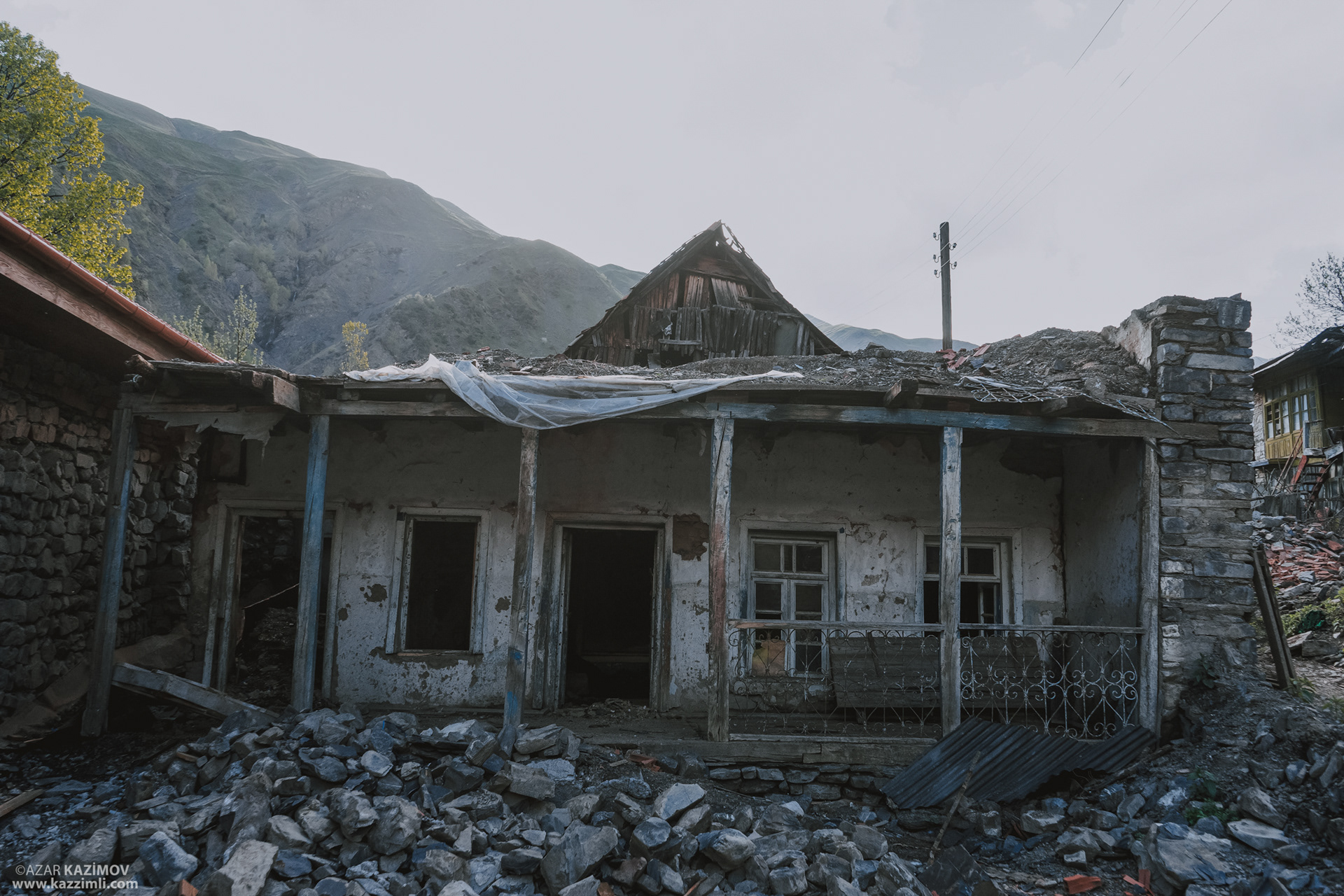 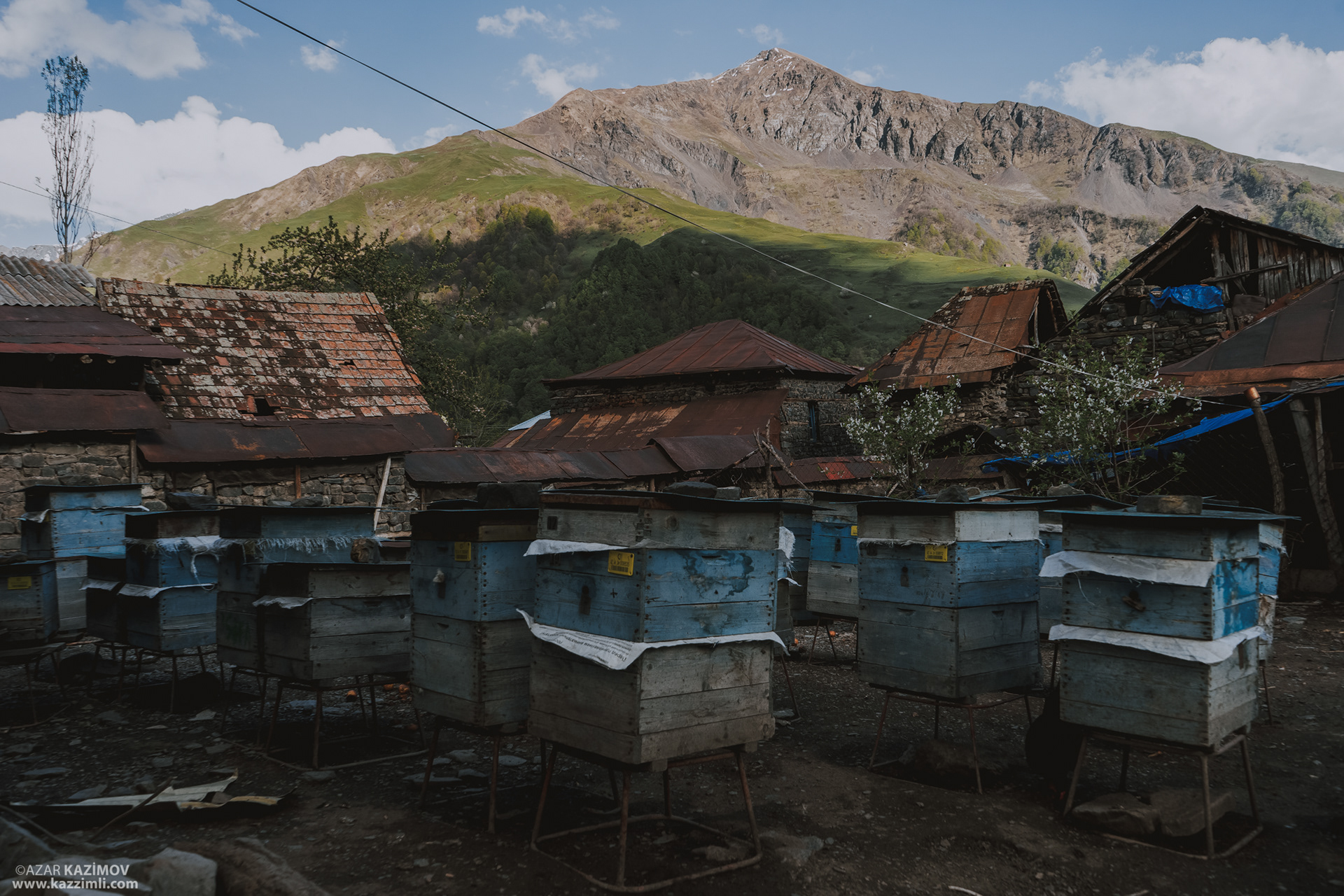 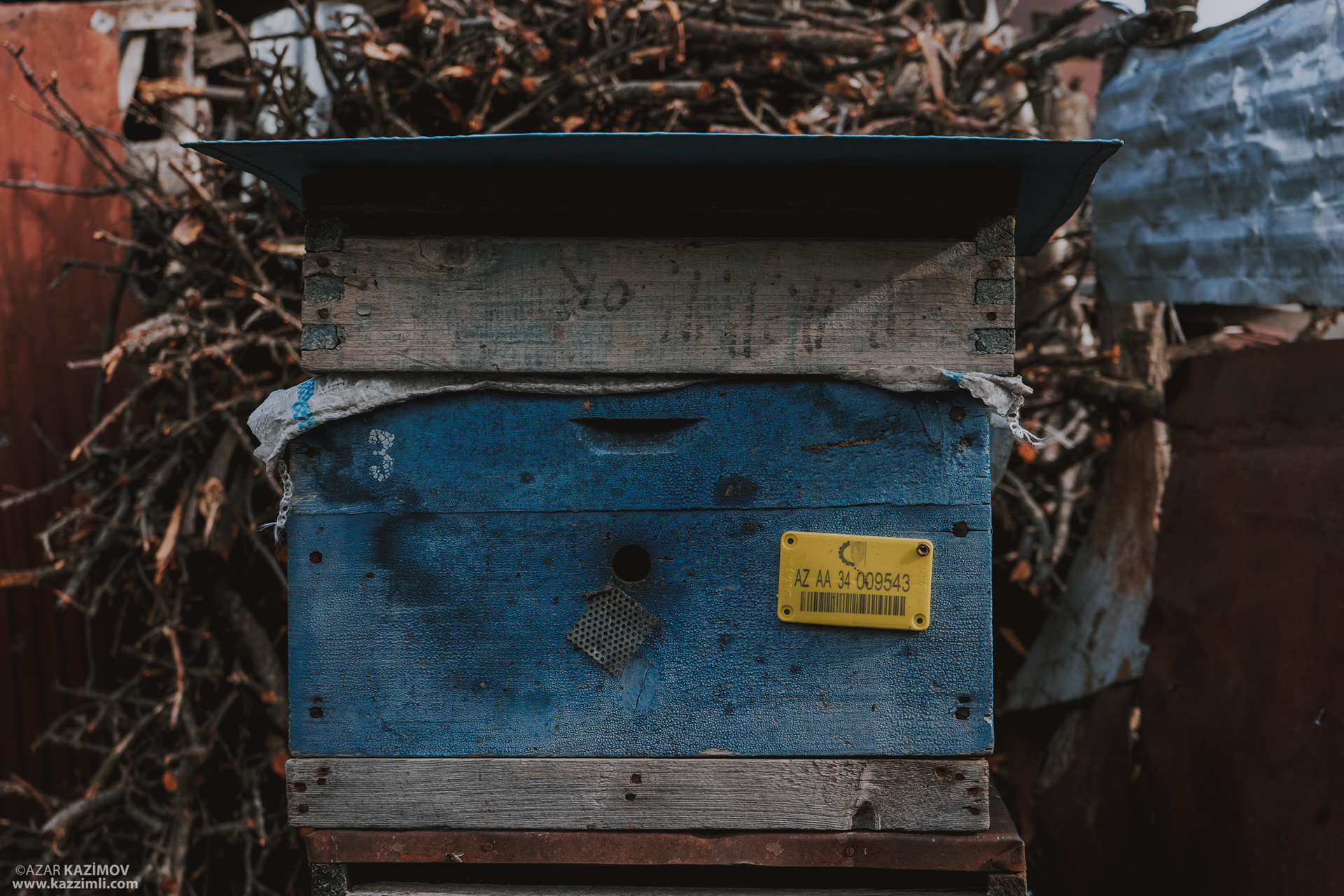 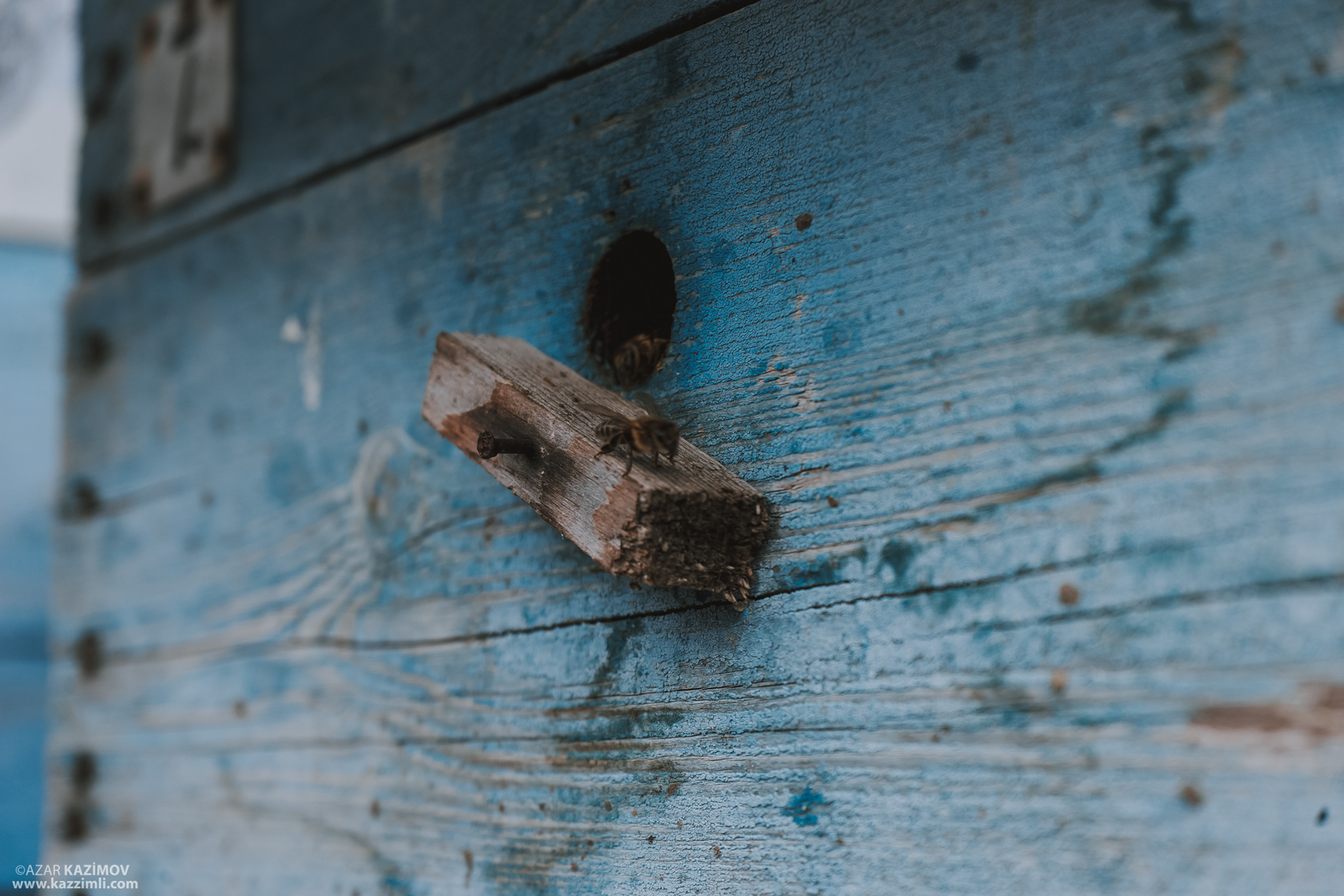 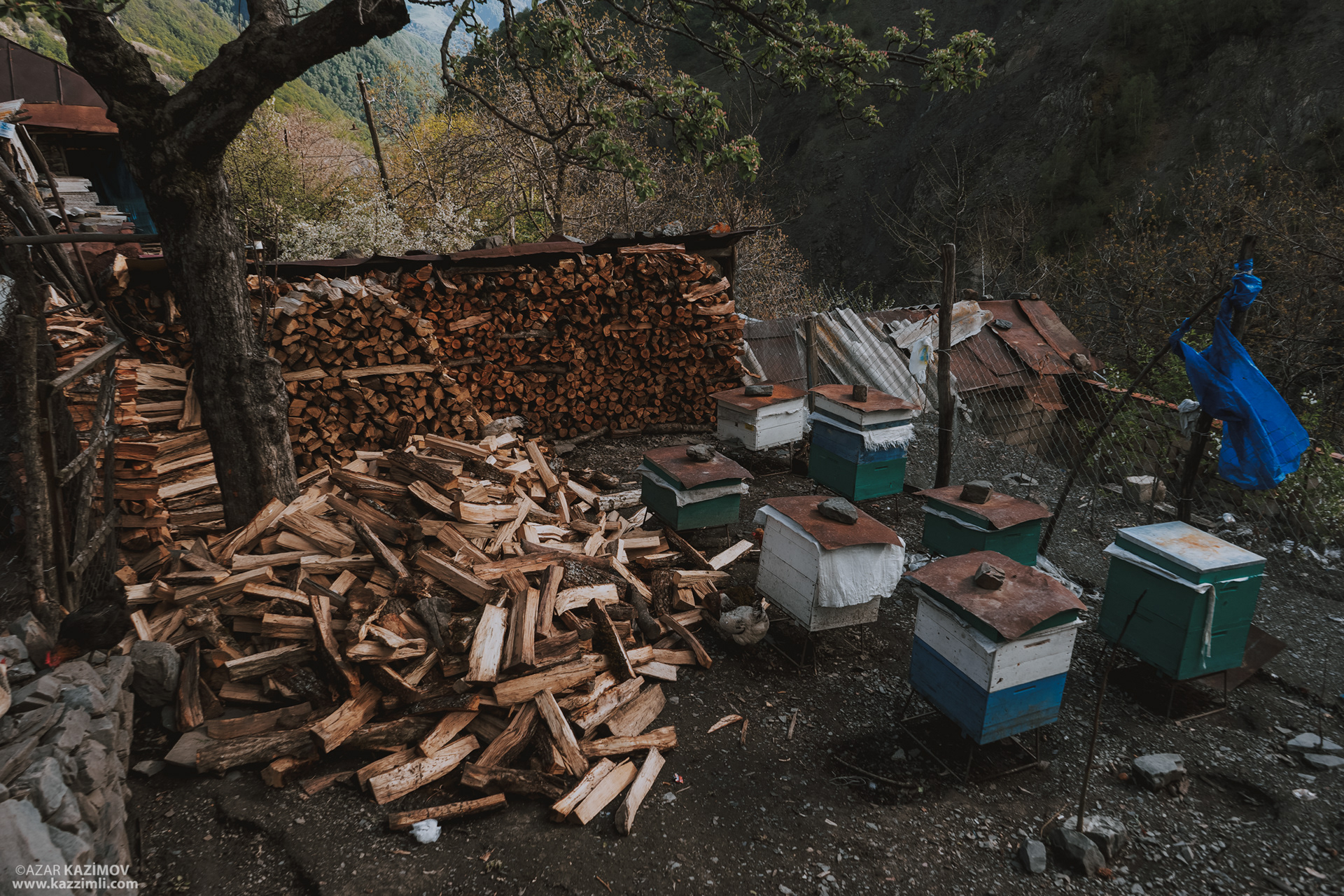 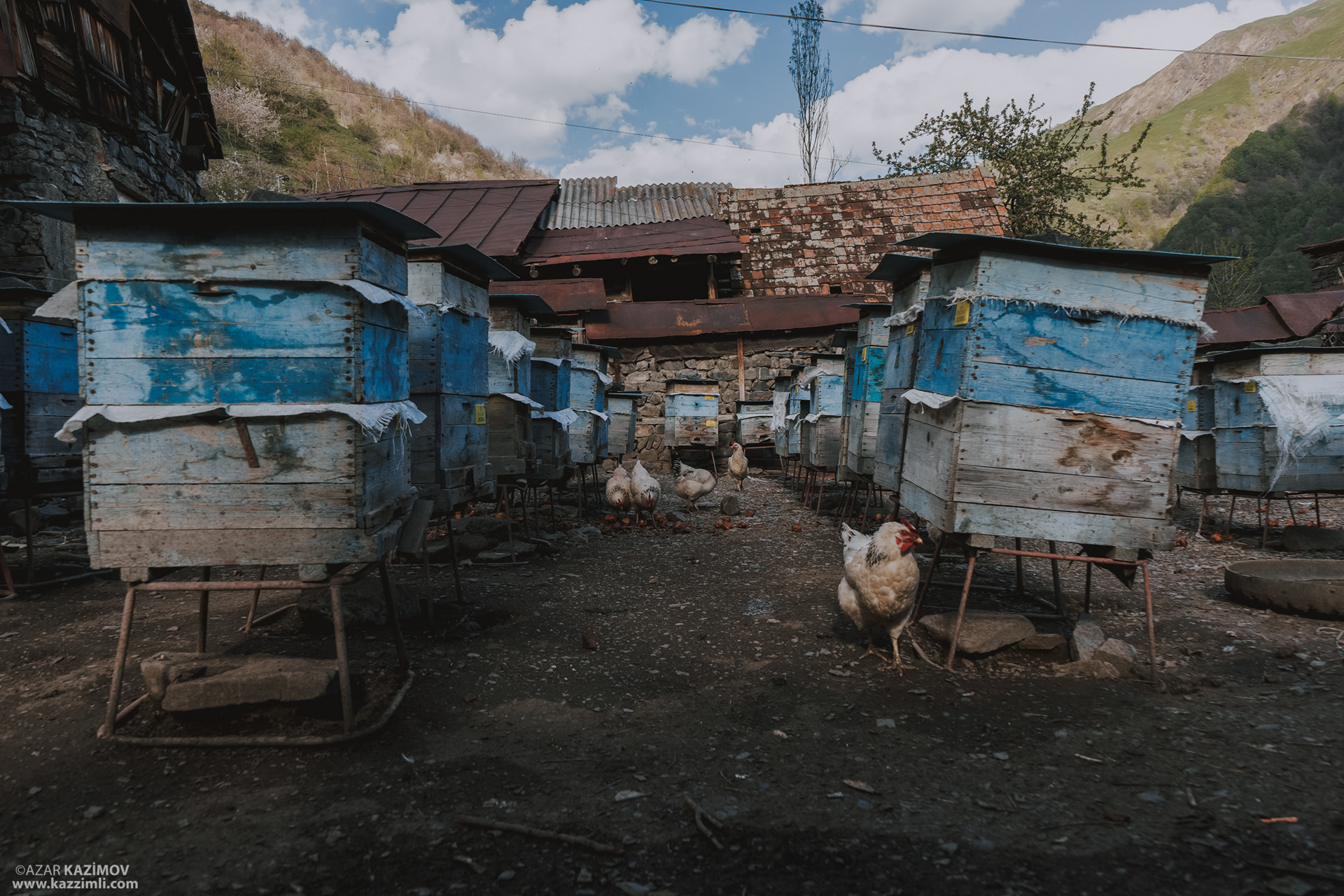 As a way of saving Saribash, the villagers have apparently put forward the idea of turning the area into a ski resort. And standing on the mountainside across the valley to the east, it’s easy to see why: the village is nestled picturesquely on a plateau which receives the best of the daytime sun and seems a natural meeting point for any descent from the area’s dramatic ensemble of mountains. 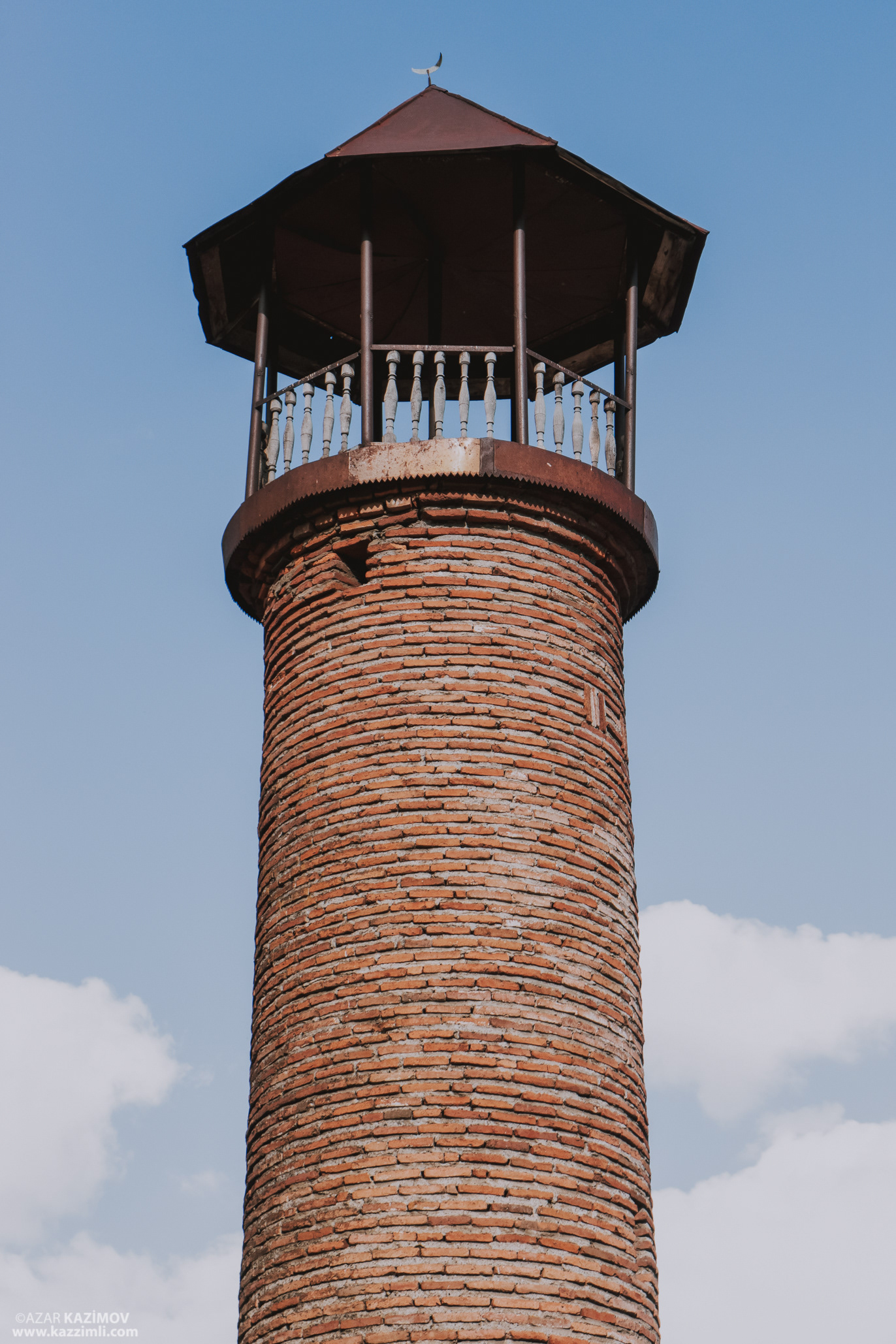 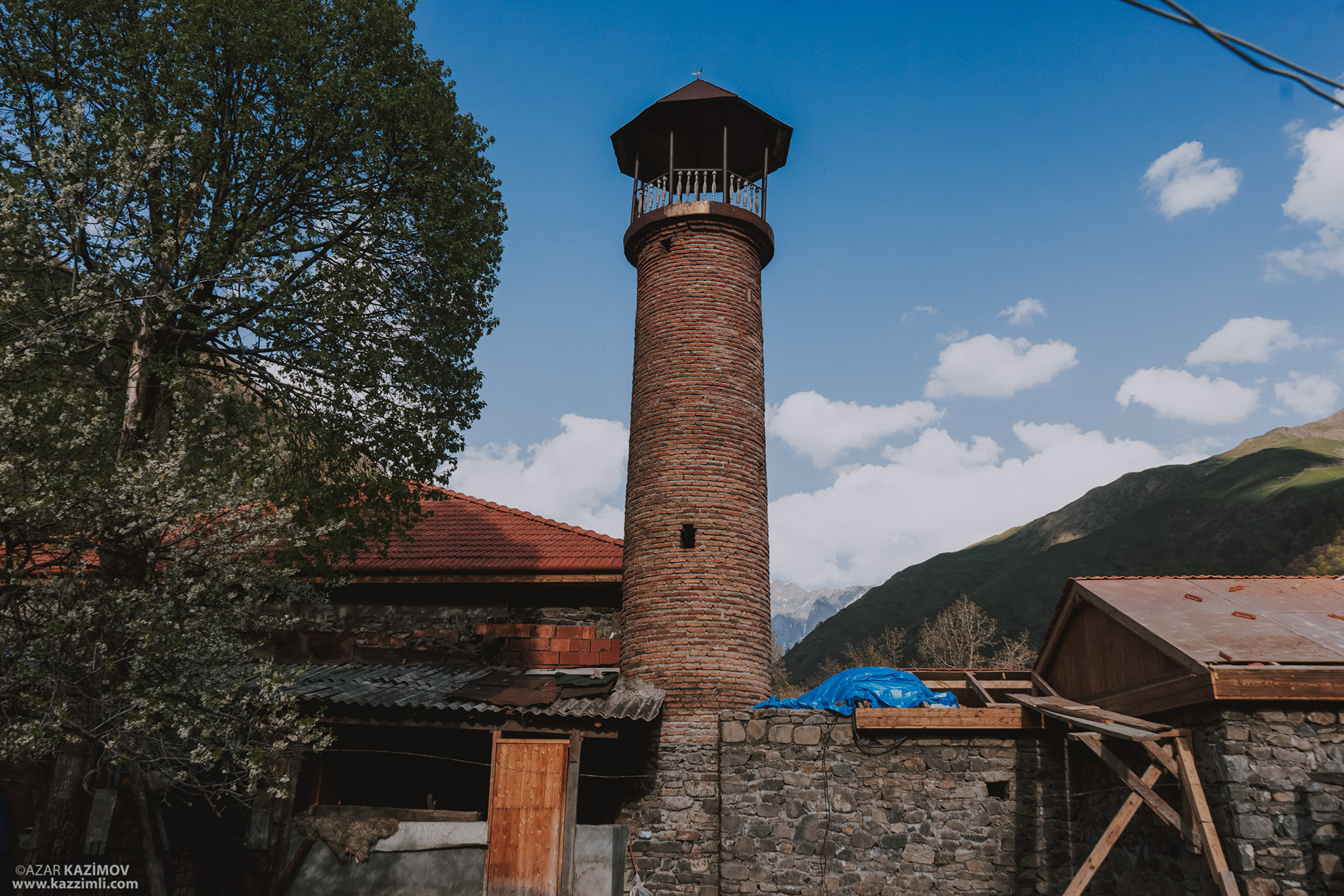 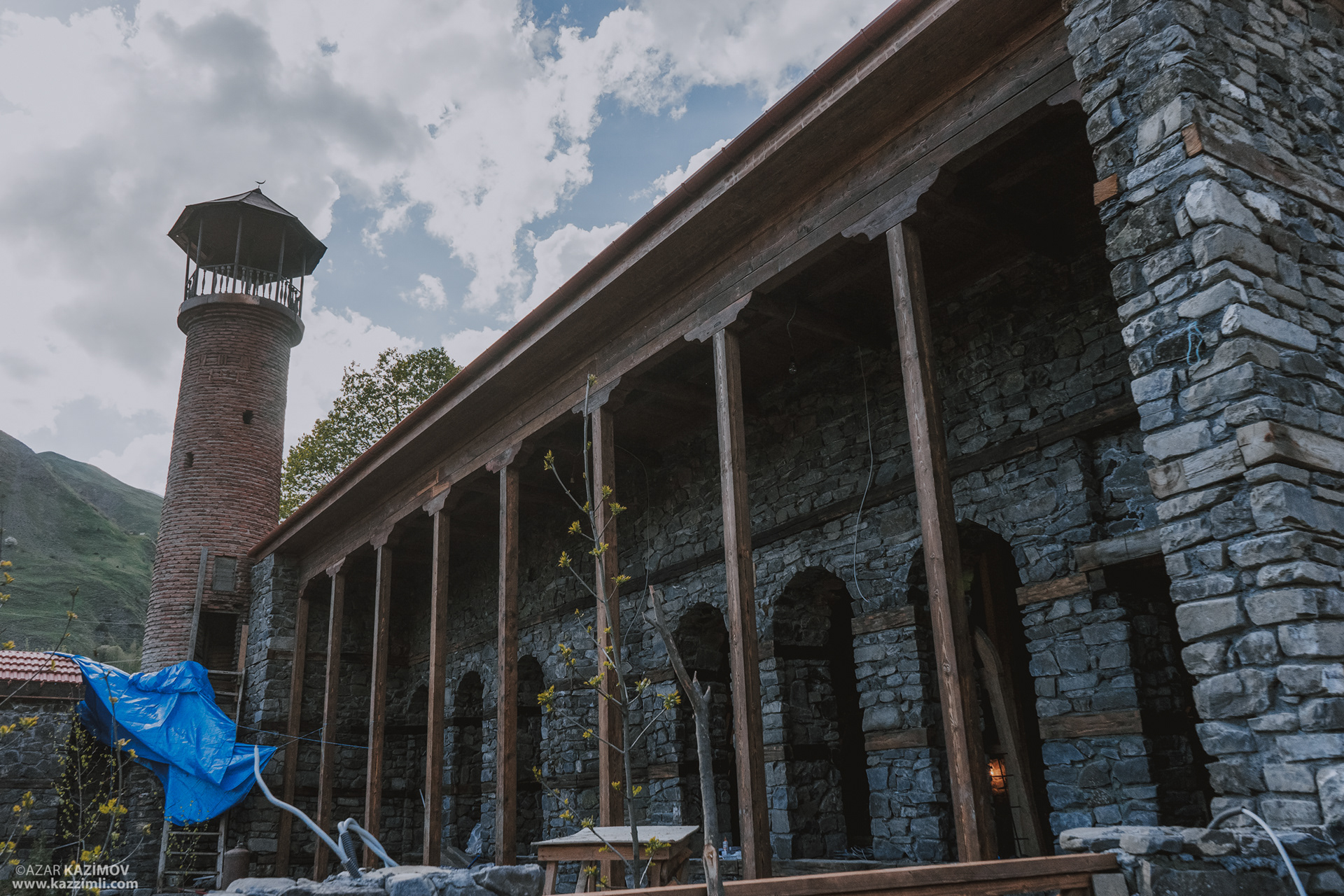 Even so, in our first and only article to feature Saribash 10 years ago, Fiona Maclaughlan described it as “The forgotten village” and today this still rings very true. And I echo her thoughts a decade later that with attention and investment Qakh’s highest village would be more than a match, in touristic terms, for Khinaliq and Lahij. 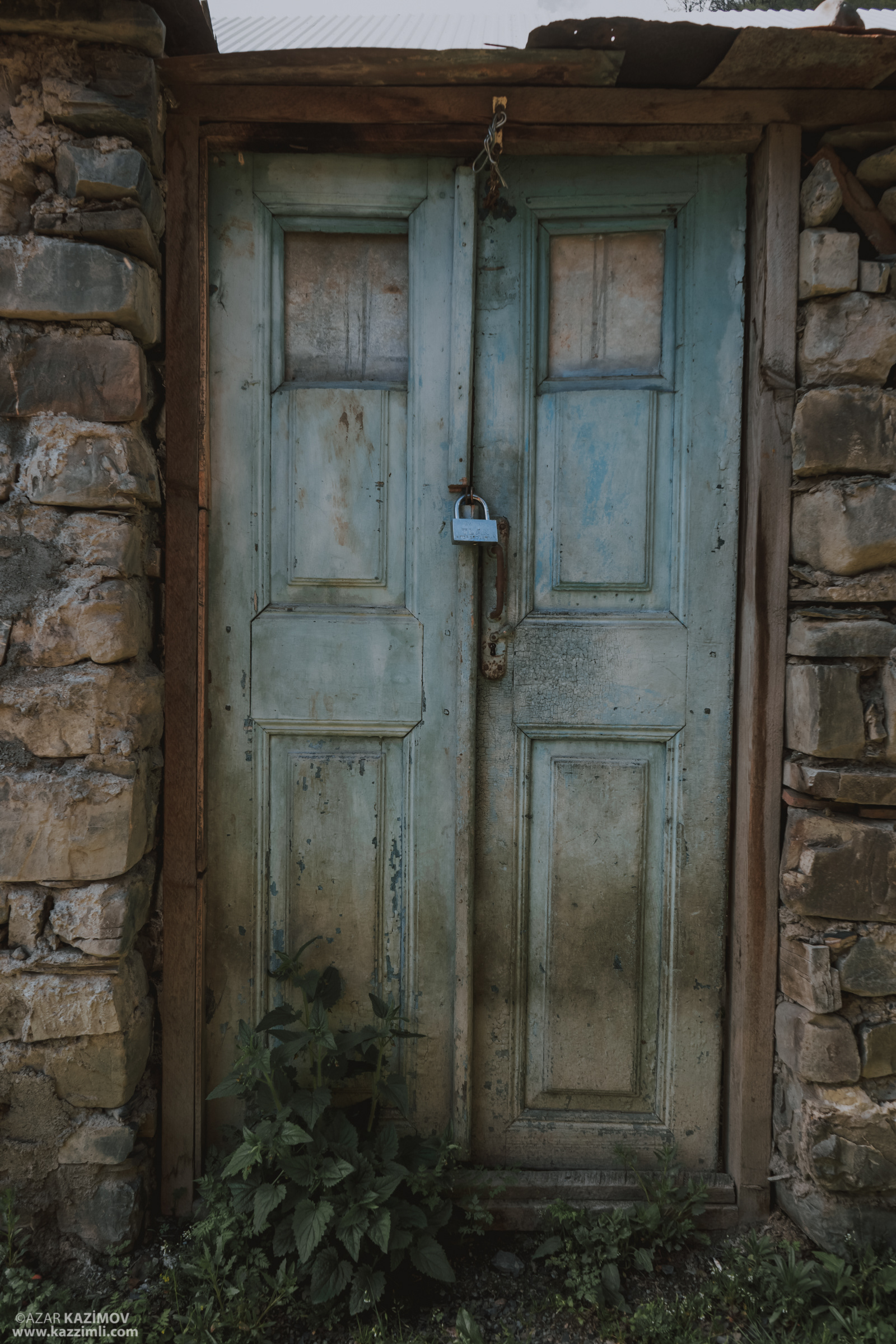 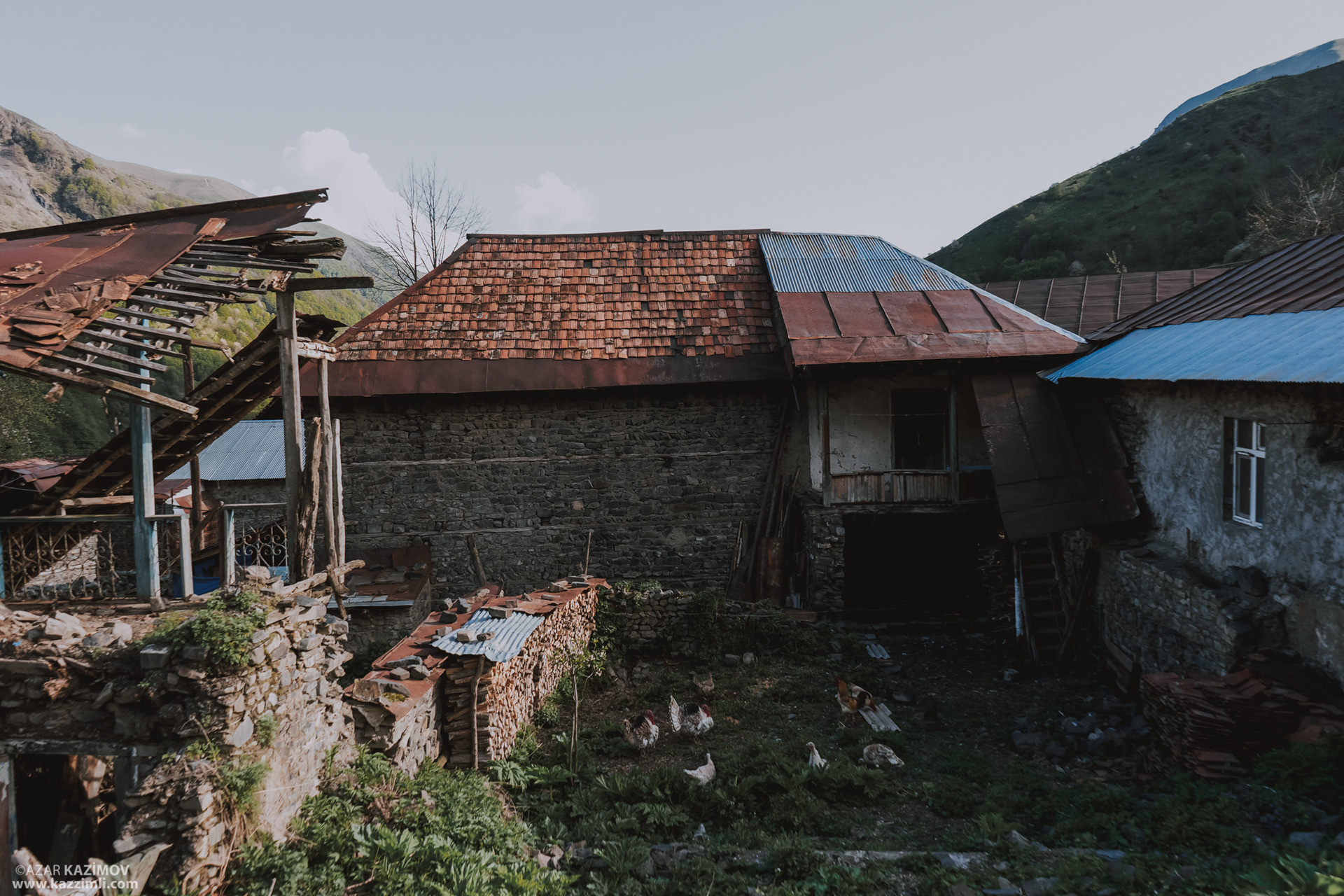 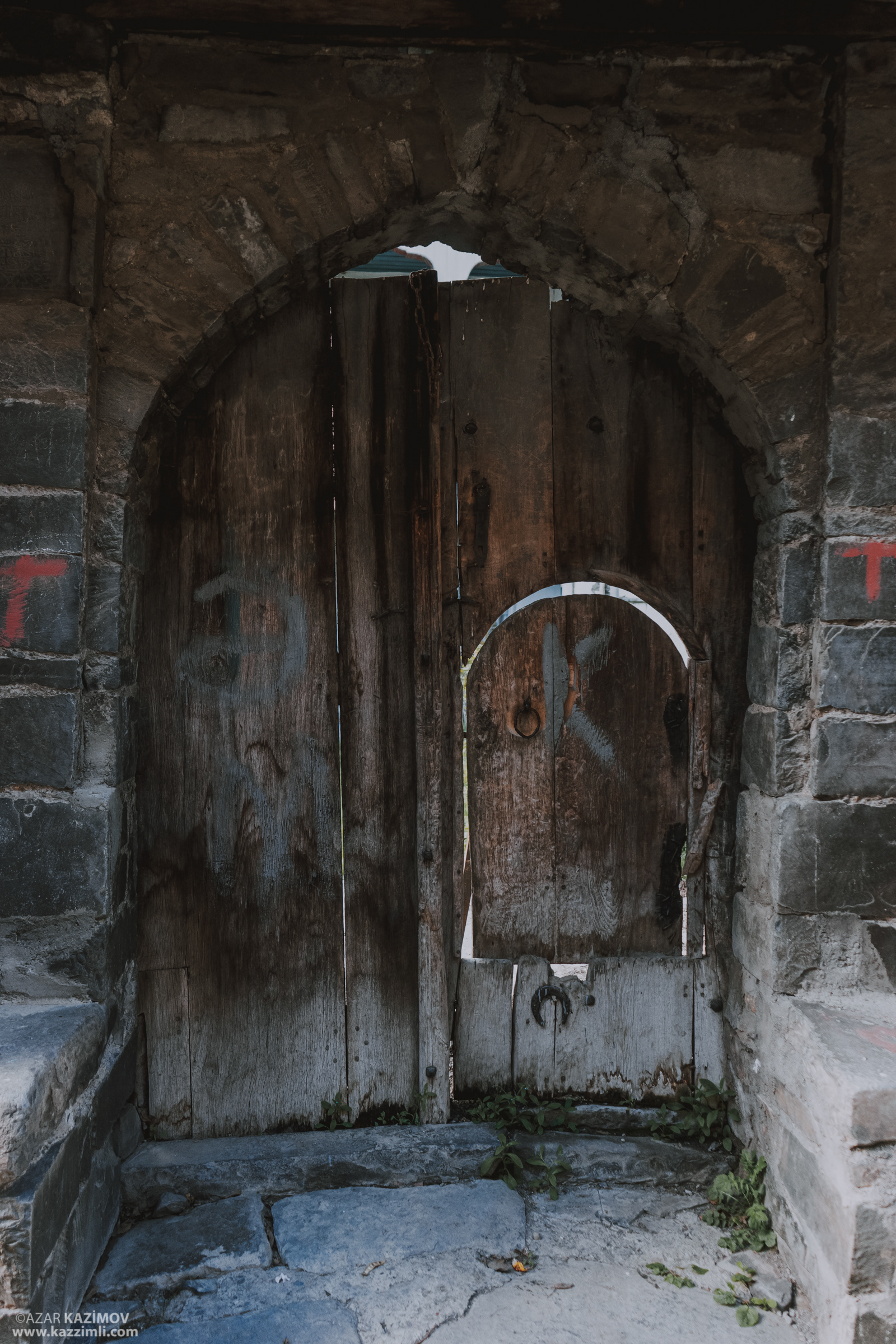 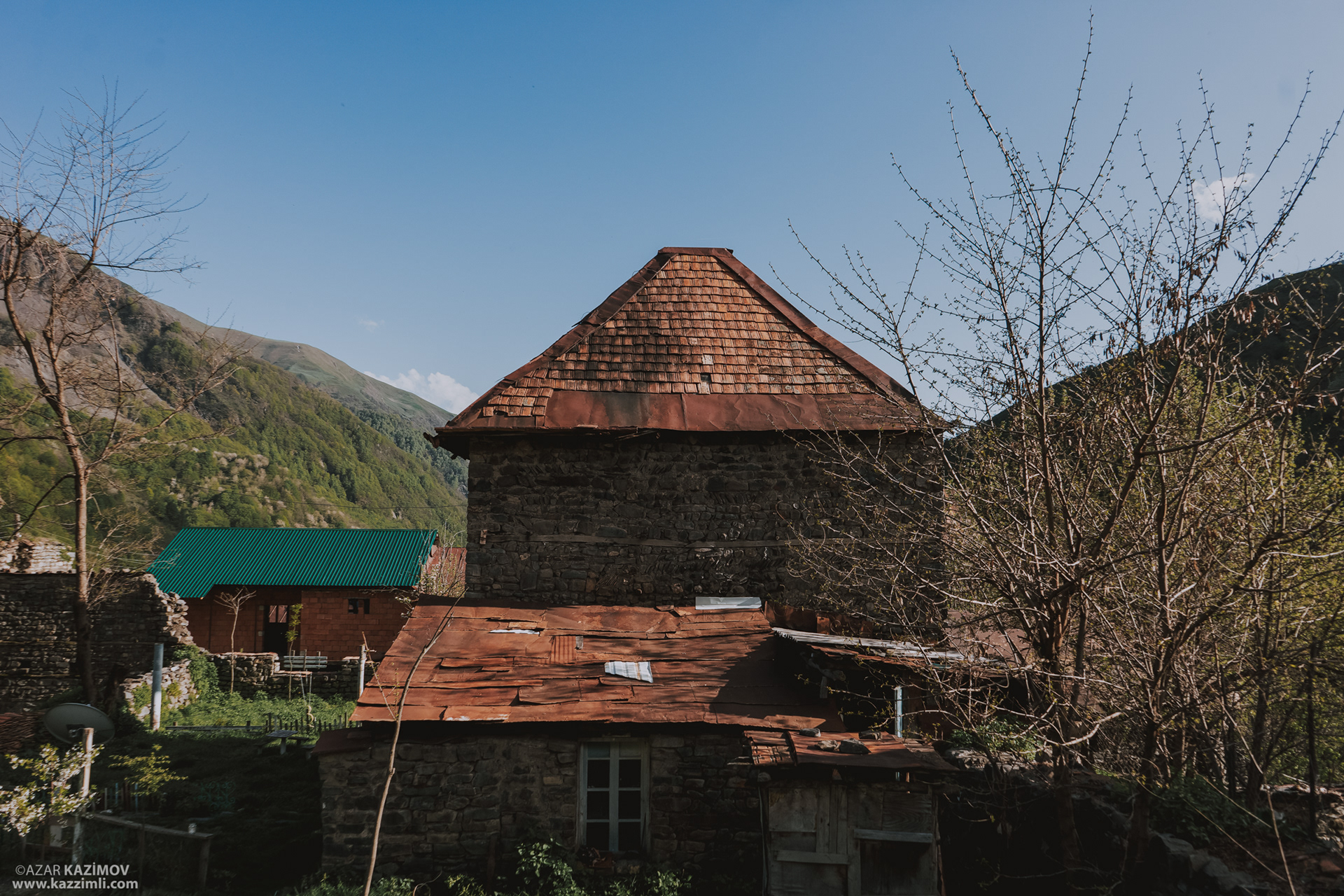 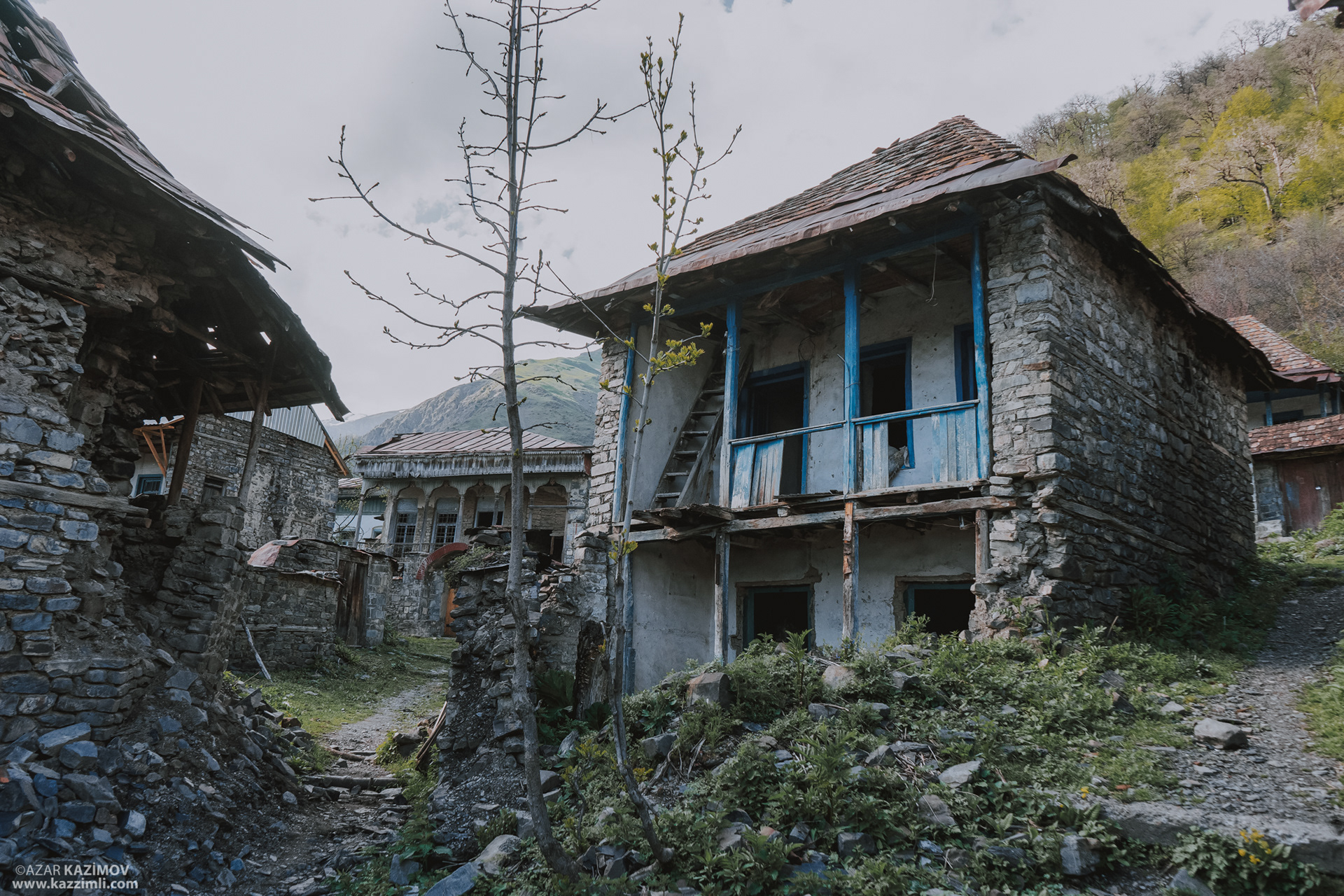 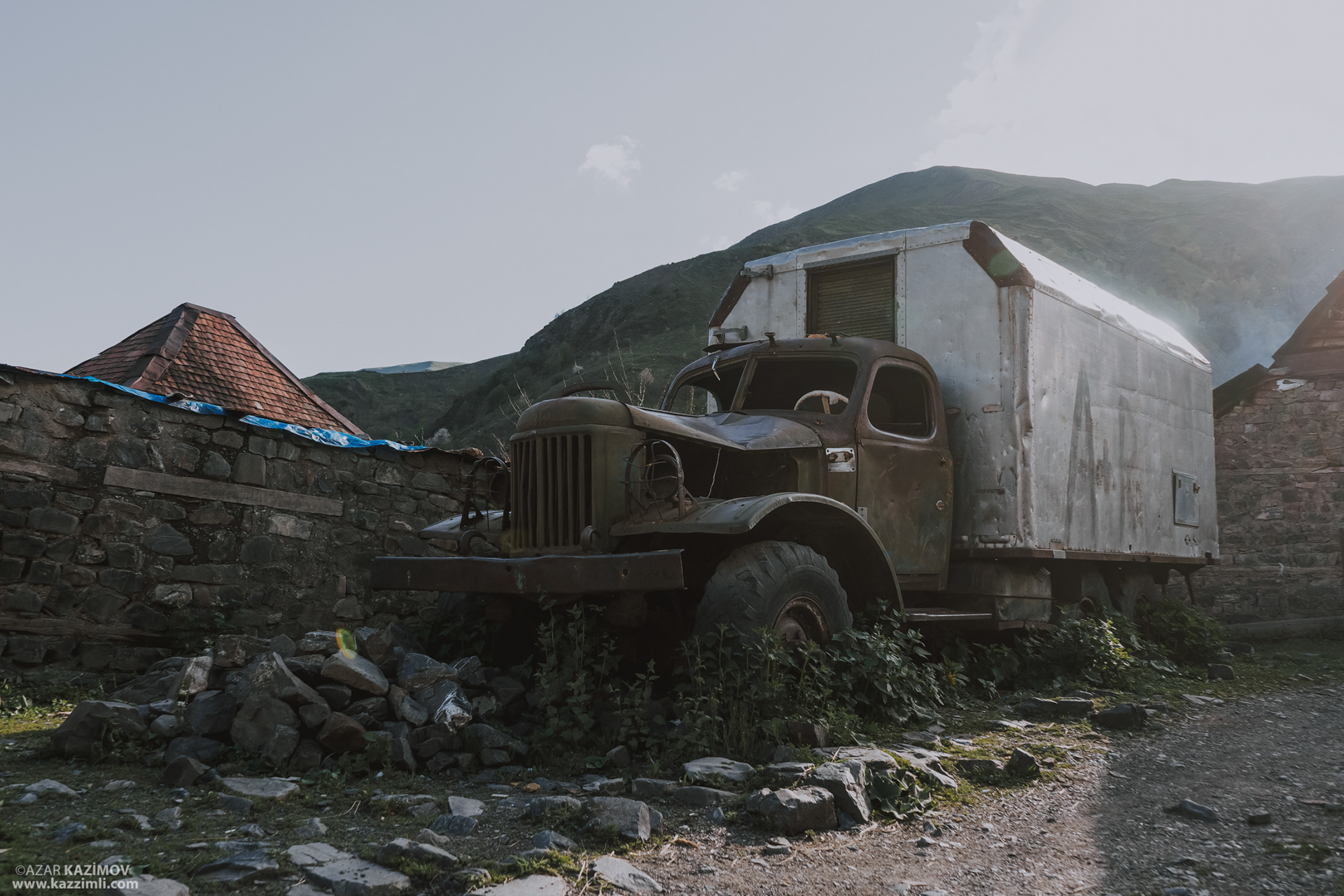 ALL OF MY WORKS ARE SUBJECT TO COPYRIGHT LAWS.
DO NOT USE WITHOUT WRITTEN CONSENT CONTACT:
thekazzimli@gmail.com
↑Back to Top